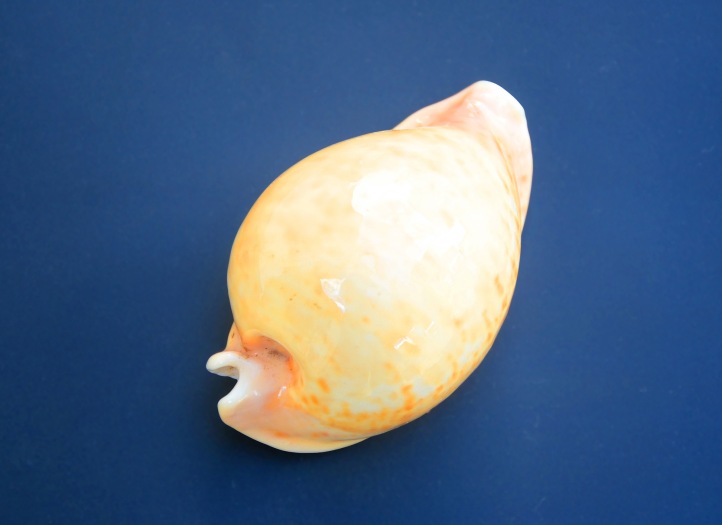 Once a prized extreme rarity, Umbilia armeniaca Verco, 1912, became available on the market due to very deep water trawling off the South Coast of Australia starting about five years ago. Although no longer rare specimens bring a hefty price.

Umbilia do not look like other Cypraea, with thier huge globose hump, extreme rostration, and curved aperture. Although it’s called the Tangerine Cowry, many populations are cream and beige. Most have a large variable botch of color that surrounds the hump, some do not. Specimens range for about 80-110mm in size with the majority falling on the smaller end of the range. This specimen is typical in size and does have stress (growth) lines.

Beige colored specimens of  Armeniaca may look very similar Hesitata, but are distinguished by the surface texture.  Armenia ae smooth and glossy whereas mature specimens of Hesitata ar porous and waxy.

This specimen is donated by Richard Kent, acquired from Australian dealer Doug Thorn.