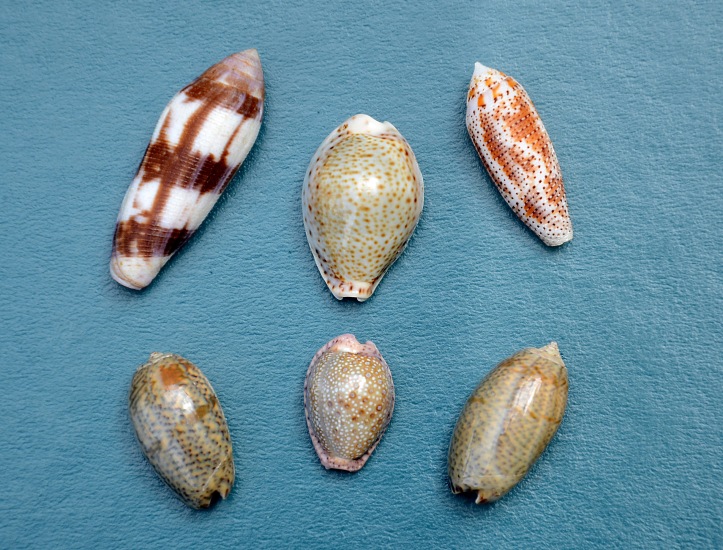 The Horn of Africa juts out from the continent where the Indian Ocean meets the Gulf of Aden. It is a strategic location as shipping from the Suez Canal passes through the Red Sea and the Gulf of Aden on its way to the open seas of the Indian Ocean. Four countries, Djibouti, Eritrea, Ethiopia, Somalia share the peninsula. Somalia is the former Italian Somaliland and British Somaliland. Since gaining independence in 1960 the country has been in near constant turmoil going from extremes as a socialist Soviet satellite and an Islamist nation. Several years back Somalia gained infamy as a heaven for pirates attacking shipping.

The coastal waters are rich in sea life. It is a great location for shells. A few Italian dealers monopolized the trade up until around 2010 when the pipeline dried up. I was fortunate to purchase a large amount shells from a dealer in Rome, both in retail and dealer lots. The shells presented here are from that source. These specimens have decent location data but not habitat as they were “netted by native fishing boats.” All were collected off the southern coast near the port of Merca (also spelled Marka).

Several of the shells warrant further mention. Conus violaceus is an Indian Ocean shell. It is scarce in all locations. Most specimens on the market come from Mozambique. All specimens have some spire erosion so this one is about as nice as they get.

The center of population for Cypraea marginalis is along the Indian Ocean coast of Somalia. It has been widely collected due to its attractiveness and variable pattern. Fresh specimens have an intense purple base which unfortunately fades rapidly. Even storage in darkness will not prevent fading. This is a choice specimen of good size.

Oliva bulbosa is widespread throughout the Indo-Pacific region and comes in more color forms than one could count. Most color varieties have their own individual names. These from Somalia, which came from a wholesale lot, all had a similar color, size and pattern which appears to be unique to the location.

As it is highly unlikely that in 2014 one would find fresh specimens offered from Somalia, winning this raffle makes for an exceptional addition to one’s collection.